This is a review of Claudia Goldin’s ‘Career & Family’ (2021, PUP). At the outset, let me confess that I’m not very well-read in this field. So these are the general impressions of an economics student and parent and not an expert review. 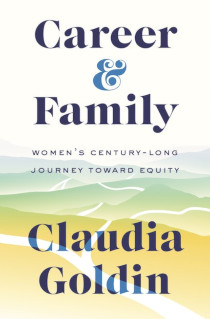 The majority of the book documents the progress of US women in the fields of education and employment. How over the twentieth century they gained greater access to advanced education, broke down barriers of overt discrimination and overcame occupational segregation. All this is laid down in a careful, analytical way drawing on Goldin’s extensive research. As a macro student, I felt that macroeconomic forces shaping the labour market were given too little attention in comparison to the development of social consciousness and reproductive technologies. But that is a minor quibble. This is a story of remarkable progress to gladden hearts and to give courage to those in countries that are further behind in this trajectory.

Yet, it is not what is most fascinating about the book.

What is most fascinating is Goldin’s explanation of why despite this great progress and despite their having achieved parity with men educationally, even now college-educated US women have not been able to achieve career parity with men. According to Goldin, the occupational segregation and workplace discrimination that still remains can account for only a small fraction of this difference. Instead, the culprit according to her is what she calls “greedy work”, which is her term for jobs that demand long and inflexible hours. In high-paying professions the most well-paying (and otherwise satisfying) careers require taking on greedy work of this sort. In fact, as Goldin shows, in many professions fresh entrants now have to put in a decade or more of greedy work of this sort before achieving professional stability. However, work of this kind is incompatible with caring for children and elders, which is also greedy work in its own way.

A couple with care responsibilities cannot have both its members doing greedy work. On the other hand, neither doing greedy work even when they are qualified for it comes with a large economic penalty. So what happens is that one parter takes up greedy work while the other looks for more flexible employment, part-time jobs etc. Now comes the gender disparity. Given existing gender norms, the partner giving up on greedy work is most often the woman. As a result even when starting out of their university gates with equal training, and starting careers with equal prospects, somewhere down the line when caregiving responsibilities increase, women lose out on the most profitable careers. Sexism is the culprit. But not so much overt sexism in the family and the workplace, but a sexist view of gender roles. Goldin notes that while women lose out on their careers, men too lose out in terms of not being able to spend as much time with their families as they want.

Goldin supports her hypothesis with two kinds of statistical evidence. One, she correlates data on the nature of different occupations with gender wage differences. Two, across professions she shows that most of these differences are attributable to difference in lifetime hours of work and after controlling for hours the gender wage difference becomes drastically much smaller.

Apart from quantitative data, Goldin draws upon her own life experience, autobiographies and the plots of popular TV shows to make her point. I find her argument very convincing. Coincidentally, in India we recently had autobiographies of three eminent women economists of the last generation being published — those of Isher Judge Ahluwalia, Devaki Jain and Padma Desai — and in each of them one can read about the impact of the greedy work effect on educated women’s careers.

What is the way out then? One solution that Goldin does not seriously consider is to continue with one member of a couple specializing in greedy work while the other specializing in caregiving and just doing away with the gender bias in who fills which role. I agree with this omission. We don’t want merely statistical justice. We want micro-justice. A society in which half the members have unsatisfying careers and half the members have unsatisfying family lives in not a happy society even if the halves are not determined by gender.

Goldin instead focuses her attention on the de-greedification of work. She is optimistic that it is possible to make work less greedy without reducing pay and productivity. According to her what we need is a change in the organization of work that makes teams instead of individuals the points of contact with clients and standardizes work, thereby allowing workers to substitute for one another when need arises. This would allow individual workers to be more flexible in their work commitments. She discusses case studies of professions where this has already happened. She argues that as more and more employers realize the costs of losing capable women and as men demand a higher premium for being deprived of their family life, the employers’ own self-interest would push them to reorganize work to make it less greedy.

I’m not as sanguine as Goldin on this count. First, reorganization of work to focus more on teams than on individuals can only produce flexibility. It cannot reduce the cumulative number of hours required to obtain and hone expertise and professional relationships. Each of those hours will have to come out of the caregiving budget, and so the problem remains. Goldin approving notes the example of consulting and finance firms limiting the number of hours put in at the offices. But we know how well those limits work in practice. As long as more hours actually lead to greater rewards, the limits will be broken by some, and as soon as some break them, everyone will have to break them to survive.

Second, the move from individuals to teams of substitutable individuals cannot work for the most lucrative positions which are still individual positions. Professorships at top research universities or CEO jobs don’t go to teams.

So while I welcome the de-greedification of work that Goldin records, I don’t see it making too big a dent in the problem. Instead, I see the solution in another direction. Goldin’s book takes it as axiomatic that people desire both career and family. But maybe it is not true. Or need not be true for ever. The falling fertility rate across countries shows that many people are happy with less family. And this is not necessarily a bad thing. A halving of human population would be a great thing for the planet for example. At the same time, with increasing prosperity for the college educated and the Internet creating many new spaces for self-actualisation, careers are becoming less important for life satisfaction. Maybe the path of equality within couples lies in the path of people assortatively mating based on their career vs. family preferences.

This is coming too close to speculative fiction now, so I’ll stop here. I’ll end by saying that Goldin’s book is among the best social science books I’ve read in a while, taking up a crucial problem and attacking it with evidence. Highly recommended.